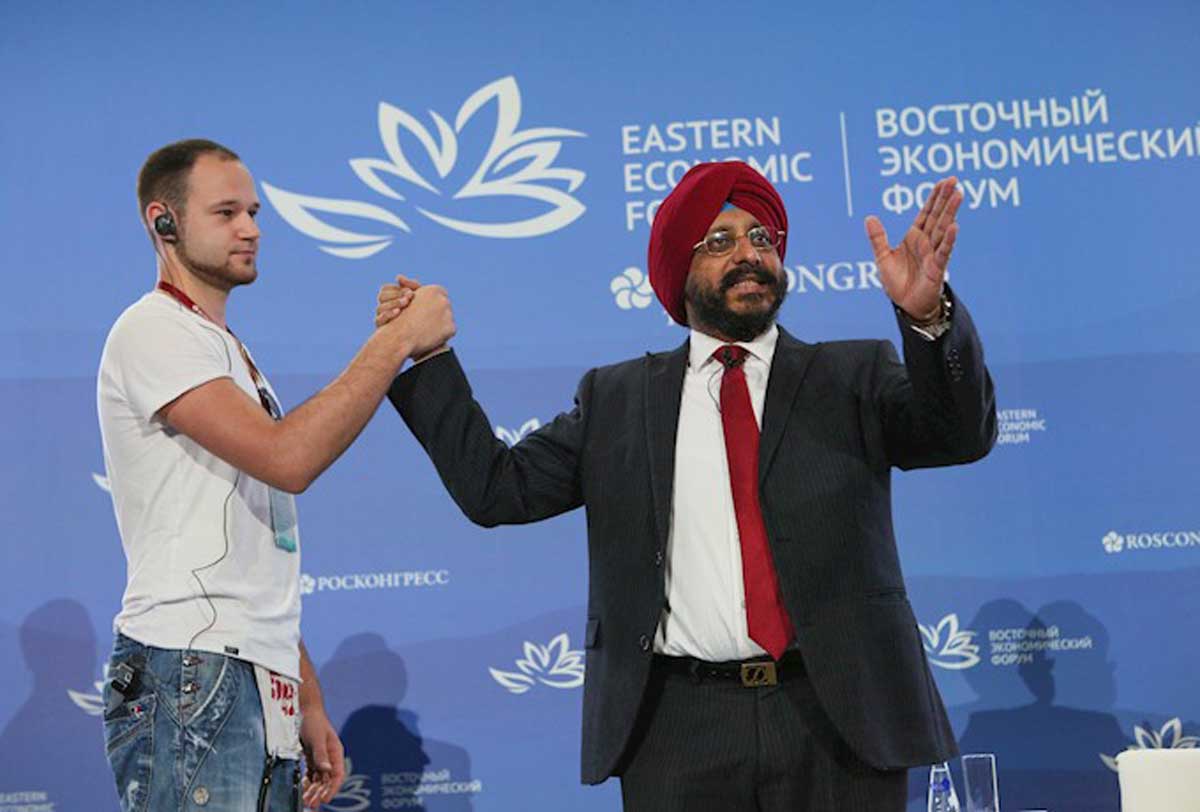 With a focus to gather corporate business directors and investors from the Asian-Pacific region, Russia’s Far East federal district administration is speedily preparing to host the 6th edition of the Eastern Economic Forum (EEF) on September 2-4 in Vladivostok, located in far end of Russia.

The main theme of the forum is “New Opportunities for the Far East in a Changed World” and considered as vital for strengthening ties among Asia-Pacific countries. It offers a great opportunity to discuss economic, trade, research, technological, and investment partnership, as well as ways to strengthen cooperation and find new common grounds.

“This forum is among the key instruments for developing the Far East. Its key objective is to attract investors and get a feedback from the business community. Are the support measures we come up with effective? What other measures are needed to create new industrial operations, new jobs and to ensure the development of Far Eastern regions?” said Yury Trutnev, Deputy Prime Minister – Presidential Plenipotentiary Envoy to the Far Eastern Federal District.

The Kremlin has given it support especially for the development of the Far East. The strategic priority here includes mobilizing resources to upgrade infrastructure, designing pathways to form industrial clusters and creating favorable investment conditions for potential business and industry giants particularly from Asian Pacific region – Korea, China and Japan.

In order to achieve those targets mentioned above, the forum has inter-state focus such as Russia-Korea, Russia-China, Russia-India, and Russia-Europe. Other international events include a discussion of the Greater Eurasian Partnership as an effective integration mechanism.

The business programme of the forum offers four main tracks:

In the track entitled “The New Economy: What Changes and Stays the Same”, participants will share their experience and views on the future in the following areas: international relations, medicine, business cooperation, science, innovations, Big Data, et cetera. This track will also address the government’s client-centeredness, as well as the outlook for gold and precious metals.

The track entitled “The Far East: New Challenges and Opportunities” will cover the technological, digital, investment and social development of this region. In particular, participants will address a whole range of questions. How does one win the competition for investments? What is the best recipe for an infrastructural breakthrough? Will the green energy ever become a reality in the Far East? What is the best way to reduce transport costs? This track will offer discussions on the development of key industries, such as agriculture, tourism, and forestry.

The track entitled “Our Shared Responsibility in a Changing World” will focus on ecology and environmental protection. Participants will discuss climate change, protection of rare species, new waves of volunteering, and automation technologies.

Youth EEF holds a special place in the Forum programme. It includes a presentation of the programme called “Special Forces in the Far East: Presentation of the Muravyov-Amursky 2030” as well as discussions on social media, youth entrepreneurship, the future of the financial market, business training, and career.

“The concept is being approved and will soon be presented. We would like to present it at the Eastern Economic Forum. By that time, we hope to develop support measures that will facilitate the development of cruise tourism in Russia,” shared Tatiana Menshikova, Deputy Head of the Directorate of State Tourist Projects and Safety in Tourism (Rostourism) at the meeting on developing Volga cruises at the Federation Council.

Far Eastern Federal University (FEFU) and the Russky Innovation Science and Technology Centre (ISTC), together with the Ministry for the Development of the Russian Far East and Arctic, the Russian Far East and Arctic Development Corporation, the Roscongress Foundation, and experts from the Asia-Pacific region, held a regional online session titled “Innovation Centres, Tech Entrepreneurs, and Modern Cities in the Pandemic Era” early July as part of preparations for the Eastern Economic Forum 2021.

There is also the cultural aspect of the forthcoming forum. At the instruction of Yury Trutnev, Deputy Prime Minister – Presidential Plenipotentiary Envoy to the Far Eastern Federal District, a meeting was held in Moscow to discuss the preparation for the “Far East Street” exhibition at the EEF. The Far East Street exhibition will open at the Ajax Bay Promenade of the FEFU campus on 2–7 September. It will represent the unique features of the eleven regions of the Russian Far East: their economic potential, opportunities for tourism and cultural traditions.

According to Igor Pavlov, Deputy CEO of the Roscongress Foundation and Director of the Eastern Economic Forum, the concepts for the pavilions of the Far East regions and federal executive authorities are currently undergoing approval, and the sports and cultural programmes of the exhibition are being designed. This year, special attention focuses on compliance with anti-epidemic measures at the exhibition.

“There is simply no other opportunity to present a Far Eastern region to such large number of the foreign countries’ top officials, representatives of international business, scientific and public circles. Representatives of 65 countries visited the 5th Eastern Economic Forum. The Far East Street exhibition is an opportunity for the regions to present their work on the socio-economic development of their territories, when governors and residents have a chance to show why they love their land, what they plan to do, and what prospects they see,” Yuri Trutnev noted earlier at a meeting with the heads of the regions.

The Eastern Economic Forum was established by decree of President of the Russian Federation Vladimir Putin in 2015 to support the economic development of Russia’s Far East and to expand international cooperation in the Asia-Pacific region. During the 2019 forum, the “Welcome to the Far East” exhibition particularly showcased the results of the work of government agencies over the previous five years and the prospects for the development of the Far East under the National Programme 2025.

President Vladimir Putin has been making efforts to transform the Far East into a vibrant industrial and commercial region by attracting both local and foreign investors. The Russian government has allocated huge budget for its development. Putin has stated, several times, that the government implements additional initiatives to drive economy, rebuild infrastructure and intensify efforts to improve investment climate, and create employment opportunities as part of its priority development programme.

Given the vast territory of the Far East, 6.3 million people translates to slightly less than one person per square kilometer, making the Far East one of the most sparsely populated areas in the world. The Russian government continues discussing a wide range of re-population programmes, hoping to attract in particular Russians there, but eventually agreeing on populating the region through a system of immigration similar to Canada.

Until 2000, the Russian Far East lacked officially defined boundaries, according to historical archival documents. A single term “Siberia and the Far East” often referred to Russia’s regions east of the Urals without drawing a clear distinction between “Siberia” and “the Far East”. That however, the Far East is generally considered as the easternmost territory of Russia, between Lake Baikal in Eastern Siberia and the Pacific Ocean.

The innovation center will be created on the Russky island